What Are the Symptoms of Mesothelioma?

It can take decades for someone who was exposed to asbestos to develop mesothelioma symptoms. Doctors call this the latency period, or the time between the patient’s initial exposure to asbestos and the occurrence of tumors. The standard latency period is 20 to 50 years but can range from 10 to 60 years, or even longer.

Often, mesothelioma is mistaken and misdiagnosed for other, less severe illnesses with similar symptoms, like the common cold. Additionally, it can be confused with other, serious conditions, such as heart disease or ovarian cancer.

Due to its long latency period, the slow onset of symptoms, and the fact that it is easily mistaken for other diseases, mesothelioma is often not diagnosed until it has progressed to stages 3 or 4. Unfortunately, a late-stage diagnosis can negatively affect prognosis and treatment options.

The earlier you are diagnosed, the more treatment options are available to you, which can significantly extend your life expectancy and improve your quality of life.

Symptoms of Mesothelioma by Site

The three most common sites of mesothelioma are the pleura, the peritoneum, and the pericardium. Generally, the source of tumors influences the type of symptoms patients may experience. Each site has multiple warning signs that we’ve outlined below.

Pleural mesothelioma is the most common form, accounting for approximately 80 percent of all cases. It affects the lining of the lungs and chest, called the pleura. The chest pain and respiratory symptoms of pleural mesothelioma are associated with the growth and spread of the primary tumor as it develops and hardens into a sheath-like formation across the pleura. Symptoms can also be a result of fluid buildup around the lungs, known as pleural effusion. 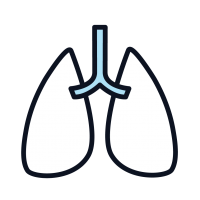 The symptoms of pleural mesothelioma often mirror those of other respiratory ailments, such as: 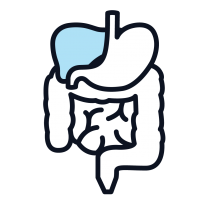 The symptoms of peritoneal mesothelioma can be mistaken for other conditions, such as:

Pericardial mesothelioma accounts for less than 5 percent of cases and affects the lining of the heart. The initial symptoms of pericardial mesothelioma are associated with the growth and spread of primary tumors around the heart. Respiratory symptoms — such as shortness of breath and dry cough — occur in later-stage patients as cancer spreads throughout the chest cavity and into the pleura. 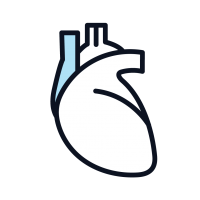 The symptoms of pericardial mesothelioma can be confused for other cardiac issues, such as:

Symptoms of Mesothelioma by Stage 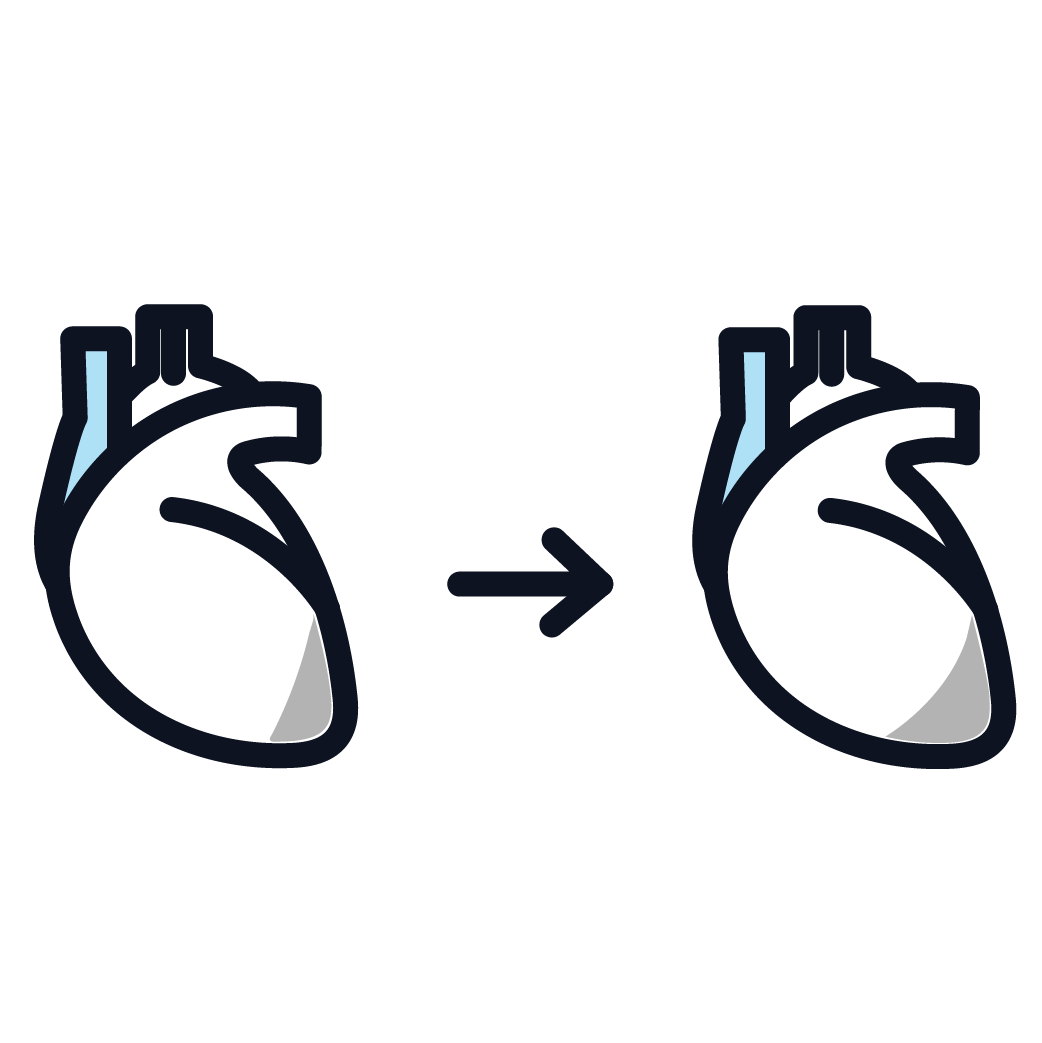 In addition to the type of mesothelioma, the stage can also significantly affect which symptoms are present. Patients with early-stage diagnoses — stages 1 and 2 — may exhibit few symptoms, if any. At this point, the disease is still localized and there is minimal spreading to the lymph nodes or nearby organs. If symptoms are present, they will likely be mild and can be easily mistaken for other diseases.

Specific symptoms depend on the type of mesothelioma. But in general, stage 1 and 2 symptoms may include a dry cough, chest or stomach pain, shortness of breath (dyspnea), fever, body aches, fatigue, and weight loss. 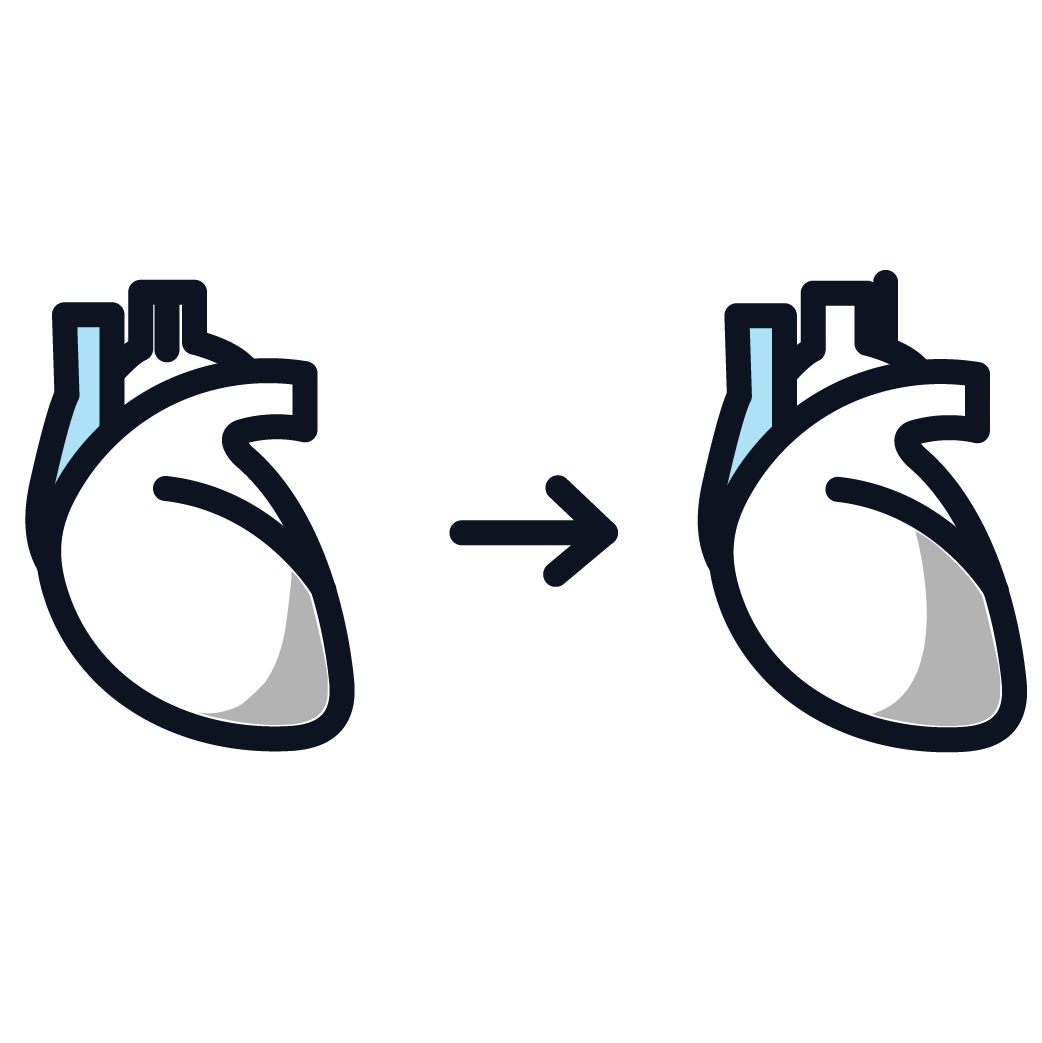 As the cancer advances to stages 3 and 4, symptoms will become more apparent and more acute as the tumors spread to other organs, lymph nodes, and blood vessels. Stage 3 and 4 symptoms may include persistent dry cough or coughing up blood (hemoptysis), more severe chest or stomach pain, shortness of breath, fever, night sweats, body aches, fatigue, weight loss, anemia, blood clots, and fluid buildup around the affected organ(s).

What Else Can Affect Mesothelioma Symptoms?

If cancer metastasizes, spreading beyond the original tumor site to other parts of the body, the patient may experience additional symptoms in those areas of the body. For instance, peritoneal mesothelioma often spreads to other abdominal organs, such as the liver, kidneys, spleen, appendix, and pancreas. This can prompt new symptoms not necessarily associated with peritoneal mesothelioma that hasn’t metastasized.

Although mesothelioma symptoms usually appear gradually over months or years, the type of asbestos the patient was exposed to can speed up the onset of symptoms. More hazardous forms of asbestos, such as crocidolite, can cause asbestos exposure symptoms to present earlier and more acutely.

Patients who were continuously exposed to asbestos — even small amounts — in the workplace over a span of years may display symptoms sooner than usual. Similarly, patients who were exposed to a larger-than-average amount of asbestos all at once may experience an earlier onset of mesothelioma even if the exposure was short-lived.

For example, the original World Trade Center in New York was built in the early 1970s. Asbestos was used in the steel support beams, walls, insulation, and other fireproofing materials. After the towers collapsed during the terrorist attack on Sept. 11, 2001, hundreds of tons of asbestos fibers were released into the air. First responders, such as paramedics, firefighters, and police officers; search and rescue crews; and those tasked with cleaning up the site, were exposed to extremely large amounts of asbestos both on the day of the attack and in the days, weeks, and months after. In 2004 — just three years after asbestos exposure at Ground Zero — a 9/11 first responder died of mesothelioma. Another died in 2006, demonstrating a significantly shortened latency period compared to the average mesothelioma patient.

How to Relieve Symptoms

The symptoms of mesothelioma can range from uncomfortable, to painful, to life-threatening. However, there are things you and your doctors can do to relieve pain and mitigate these symptoms.

After you have been diagnosed with the type and stage of your cancer, you and your doctor will determine a customized course of treatment, often involving a combination of surgery, chemotherapy, radiation, and other treatments, such as immunotherapy.

Your treatment will likely address many of your symptoms by attacking the root cause: the cancer itself. But there are also steps and procedures that can help alleviate many of the symptoms apart from or in addition to potentially curative treatment. 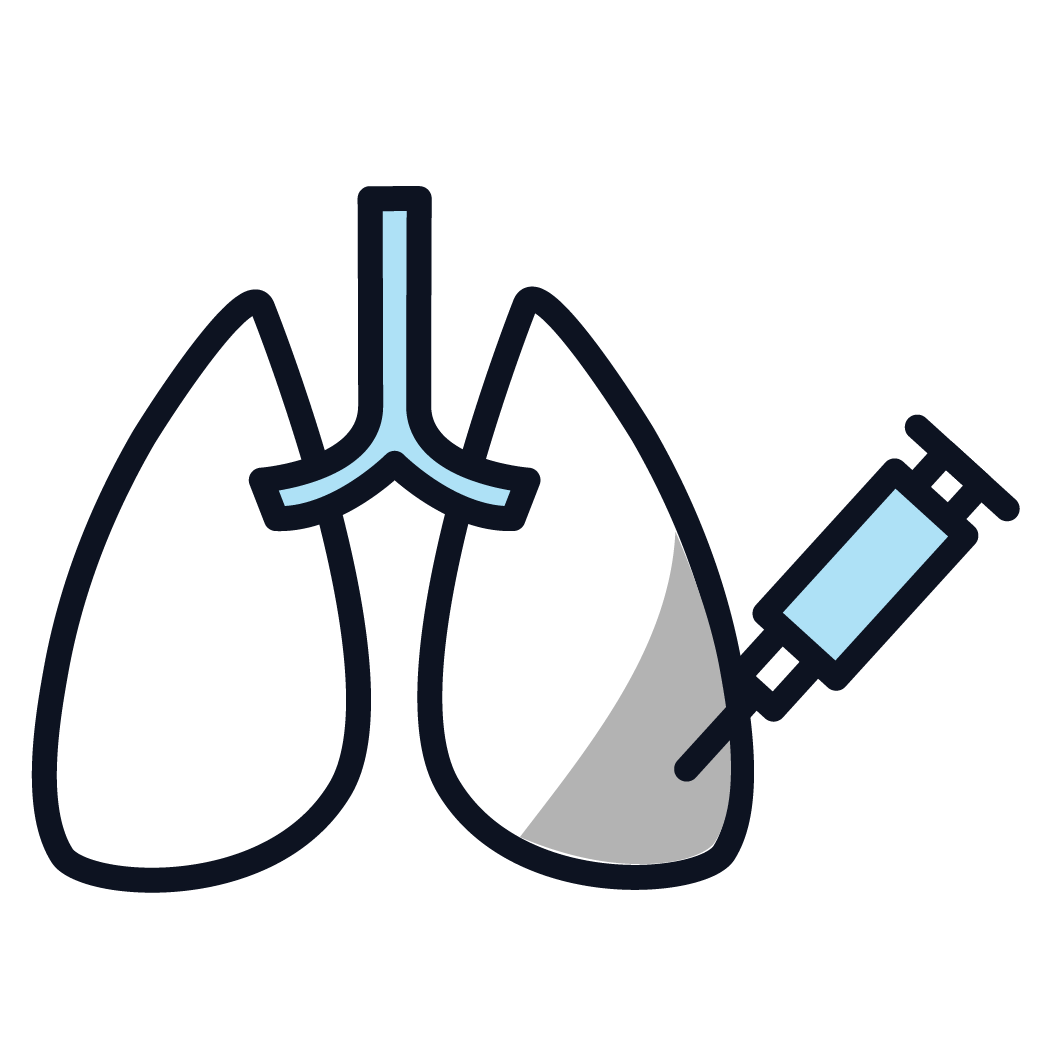 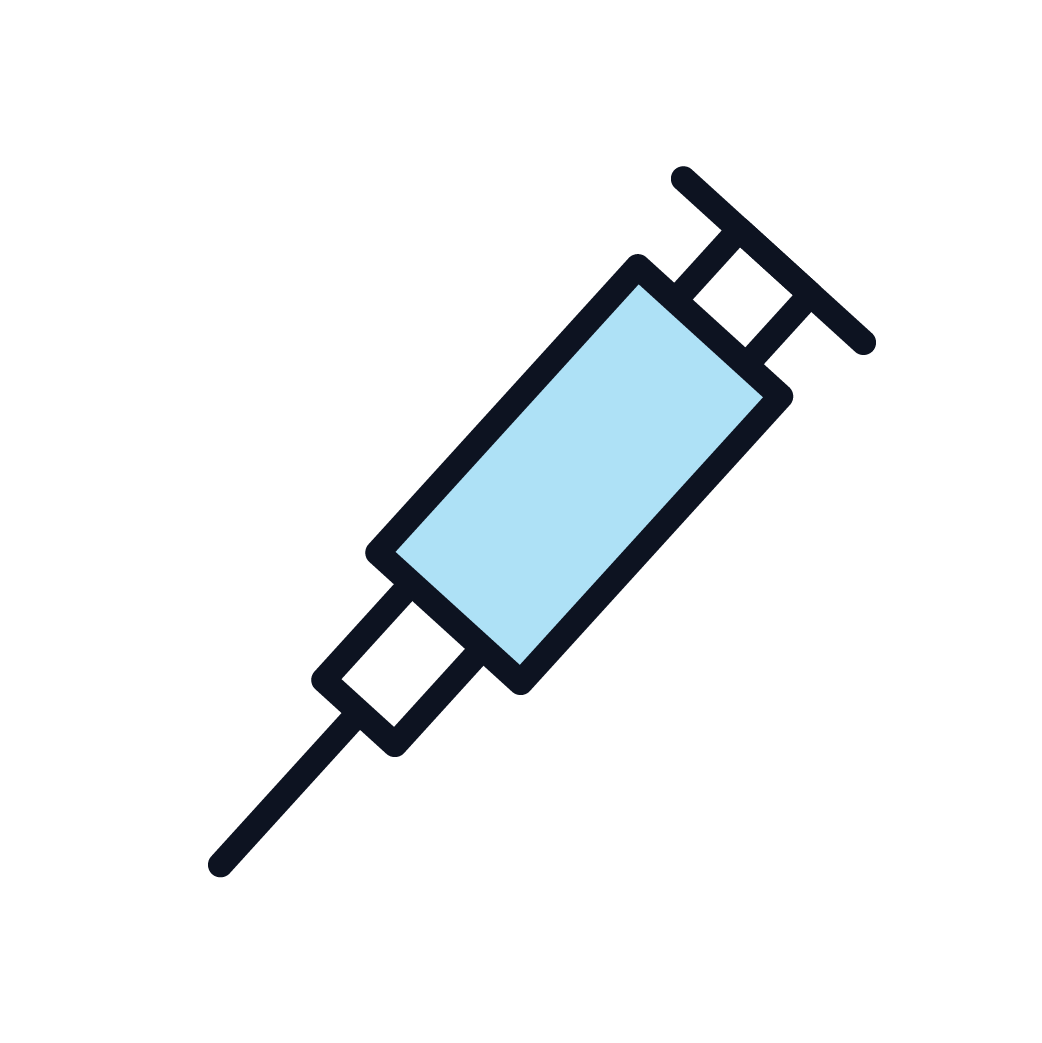 Your doctor may recommend steroids for you during the course of the disease to treat symptoms or prevent complications. Many patients experience fatigue, weakness, loss of appetite, and weight loss, both as symptoms of the disease itself and as side effects of treatment. Steroids can help increase energy and appetite, helping patients maintain active lives before, during, and after treatment. Steroids can also be effective to reduce inflammation, especially after surgery or reduce the risk of side effects of chemotherapy treatment. 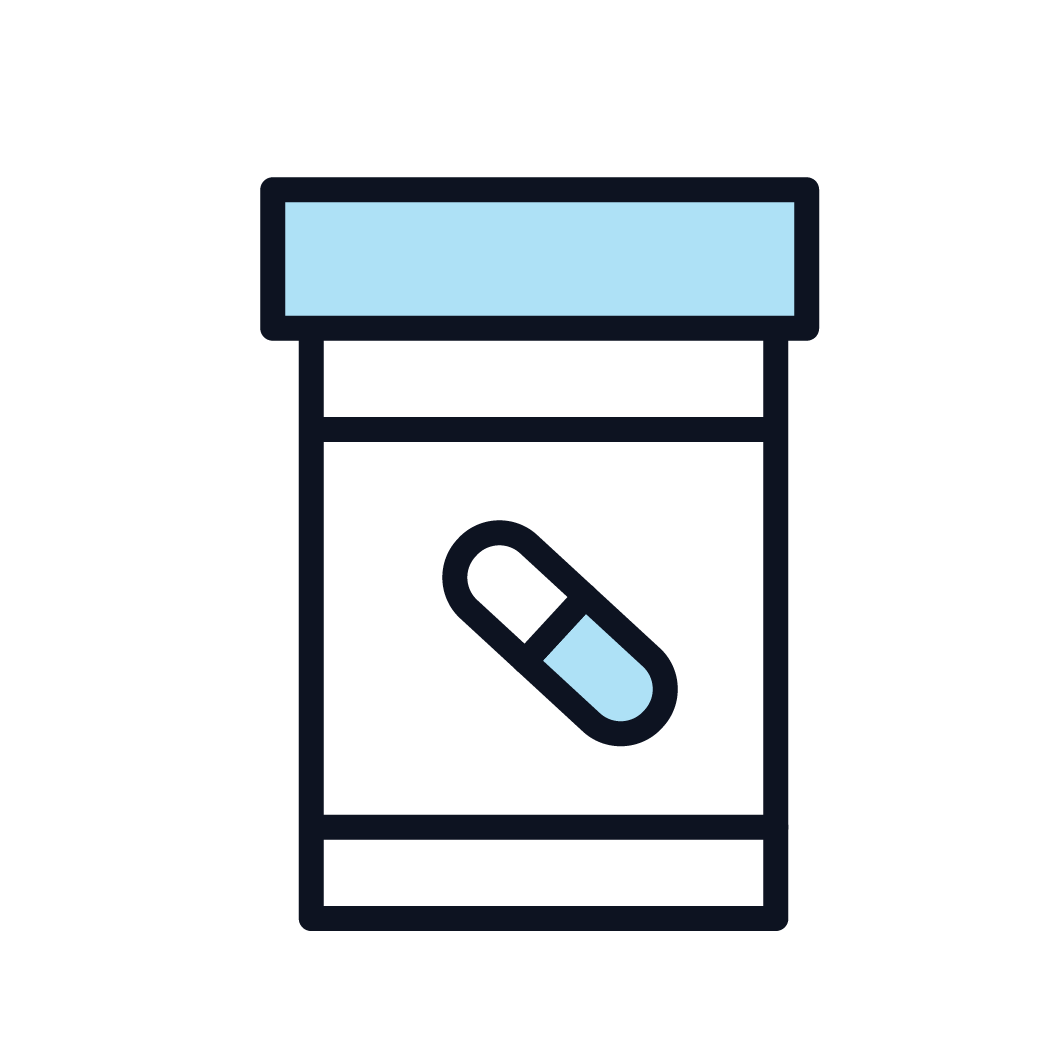 Your doctor may recommend over-the-counter pain medicine, such as acetaminophen or ibuprofen, for mild symptom relief. They may prescribe stronger pain relievers, such as morphine, hydrocodone, oxycodone, or fentanyl to address worsening symptoms if necessary. Nerve blocks may also be used to target pain in specific areas of the body. Certain antidepressant medications can also be used for certain types of pain. Some patients may get referred to pain specialists to manage their pain.

Although lifestyle factors like diet, exercise, weight management, and adequate sleep cannot cure mesothelioma, they can help you stay healthy during treatment and positively influence your prognosis. On the other hand, smoking can worsen symptoms (especially respiratory problems) and has been shown to decrease life expectancy. The American Cancer Society also recommends that cancer patients get an annual flu shot – mesothelioma and the methods used to treat it can weaken the immune system. This can put patients at a higher risk of contracting and developing complications from the flu virus. However, it’s important to talk with your mesothelioma specialist before getting a flu shot to ensure that it will not interfere with your current course of treatment.

Patients also have to deal with the mental and emotional ramifications of their diagnosis, in addition to the physical symptoms. Talk to your doctor about methods for reducing stress (meditation, yoga, counseling, etc.), or consider speaking with a mental health care provider or spiritual counselor. In some cases, your doctor may prescribe antidepressants for stress or depression. Certain antidepressant medications may also be used for certain types of pain related to mesothelioma.