Immunotherapy, sometimes called biologic therapy, biotherapy, or immune therapy, is a more recent option that emerged for the treatment of mesothelioma in 2010. When combined with standard mesothelioma treatment options like surgery and chemotherapy, immunotherapy has been effective in alleviating symptoms and improving survival rates in some cases. While immune treatment is still being studied, it holds promise for the future treatment of many different types of cancer.

“Immunotherapy may represent an effective new treatment approach for mesothelioma, a disease for which we’ve long had too little to offer. These results will serve as a building block to improve the outlook for patients with this cancer.” —American Society of Clinical Oncology expert Michael S. Sabel, MD, FACS

How Is Immunotherapy Used to Treat Mesothelioma?

Immunotherapy is becoming increasingly common for treating mesothelioma. It aims to boost the body’s own immune system, helping it fight off the spread or recurrence of disease. It is currently being investigated in many different forms and in combination with different agents including chemotherapy.

How Does Immunotherapy Work?

There are several types of immunotherapies being used for the treatment of mesothelioma, many of which have shown promise in clinical trials. Common immunotherapies currently being used or studied include monoclonal antibodies, immune checkpoint inhibitors, cancer vaccines, adoptive cell transfers, and cytokines. 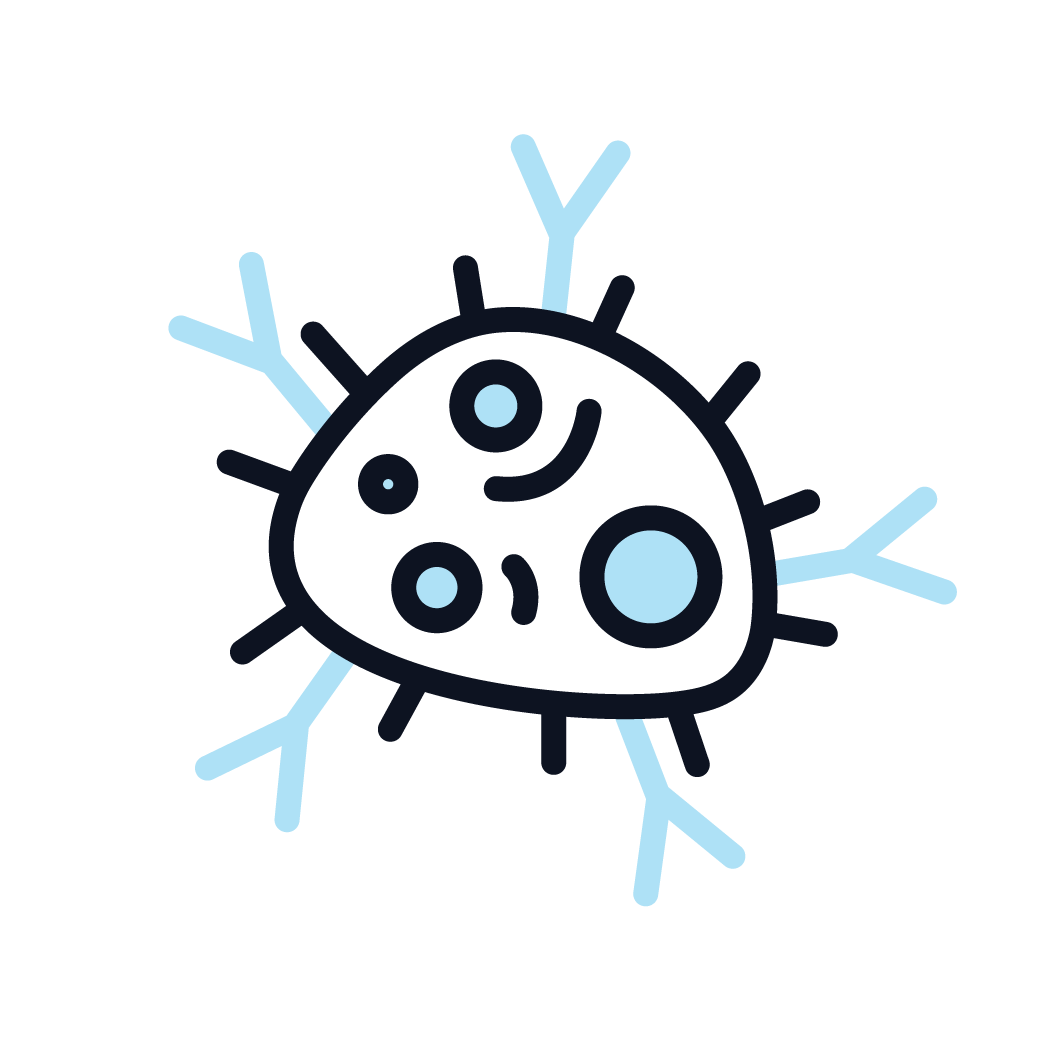 Researchers have started recreating antibodies in an effort to reinforce the body’s natural defenses against specific antigens. The lab-made antibodies are called monoclonal antibodies (mAbs). As a fairly new area of study, researchers are still working to identify the antigens associated with mesothelioma. However, the Food and Drug Administration (FDA) has approved about a dozen of these man-made antibodies, and more are being tested in clinical trials. 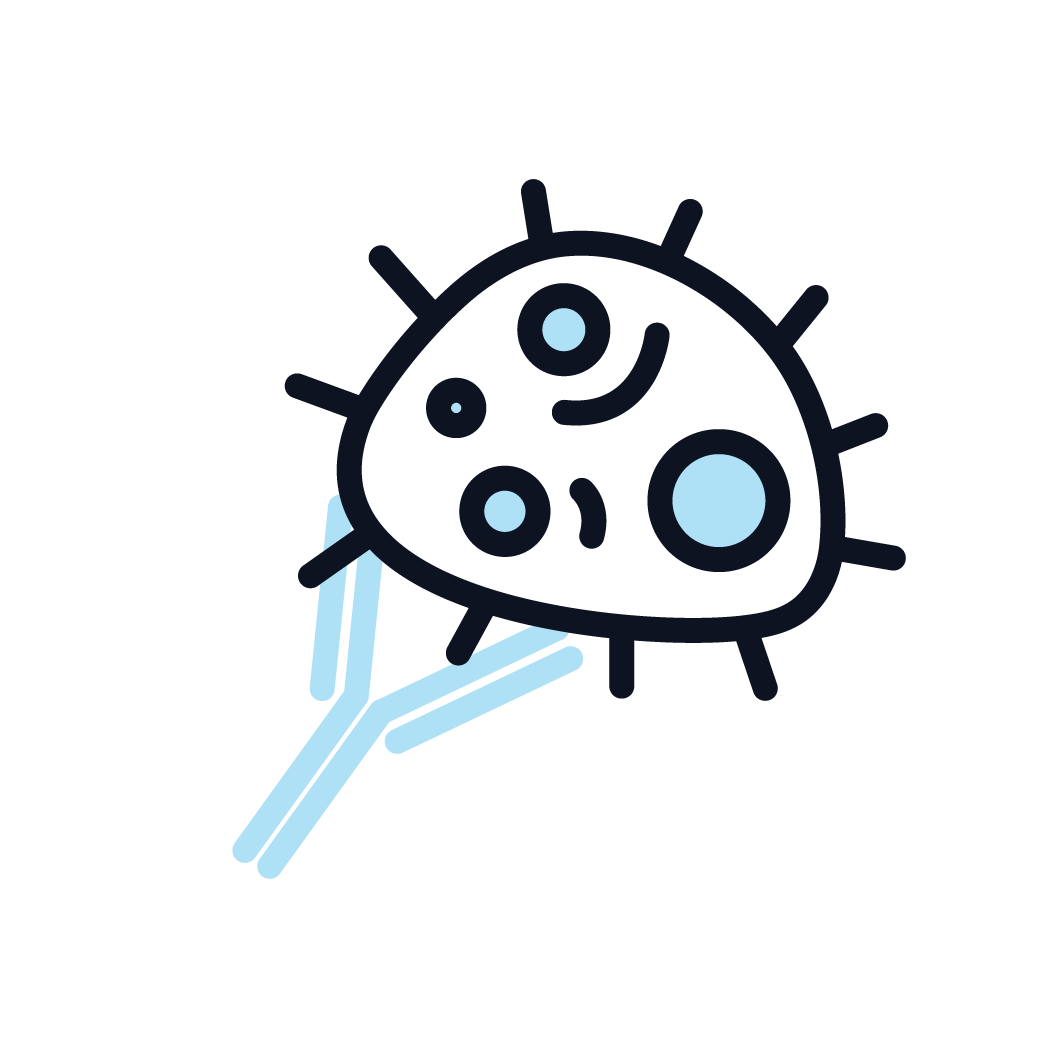 One of these checkpoints is a protein called PD-1. When it latches onto PD-L1 cells, it becomes inactivated, informing the defender immune cells (T cells) not to attack. However, PD-L1 can be present in both healthy and cancerous cells. This is one-way cancer cells can go undetected by the immune system. Checkpoint inhibitors like Opdivo, Keytruda, and Tecentriq bind to PD-1 or PD-L1 cells, preventing them from latching to each other and sending an inaccurate immune response to cancerous cells.

CTLA-4 is a member of an immunoglobulin-related receptor family that helps with the regulation of T-cells at certain stages of immune response. The CTLA-4 pathway is believed to regulate T-cell reproduction, principally in the lymph nodes. When this pathway is blocked during earlier stages of the disease, sometimes with a checkpoint inhibitor known as tremelimumab, patients can experience reduced tumor growth in the lymph nodes.

Ipilimumab (Yervoy) is also a checkpoint inhibitor that can help block CTLA-4 pathways and attack cancer cells. It’s also sometimes used in combination with a checkpoint inhibitor called nivolumab. It can be administered into your bloodstream through a tube that attaches to a vein in your chest, or through a tube that goes into a vein in your arm.

Opdivo, Keytruda, and ipilumumab (Yervoy) are often used to treat mesothelioma. These drugs are relatively better tolerated than chemotherapy but they can cause serious immune mediated side effects by stimulating the immune system to attack normal organs in the body. 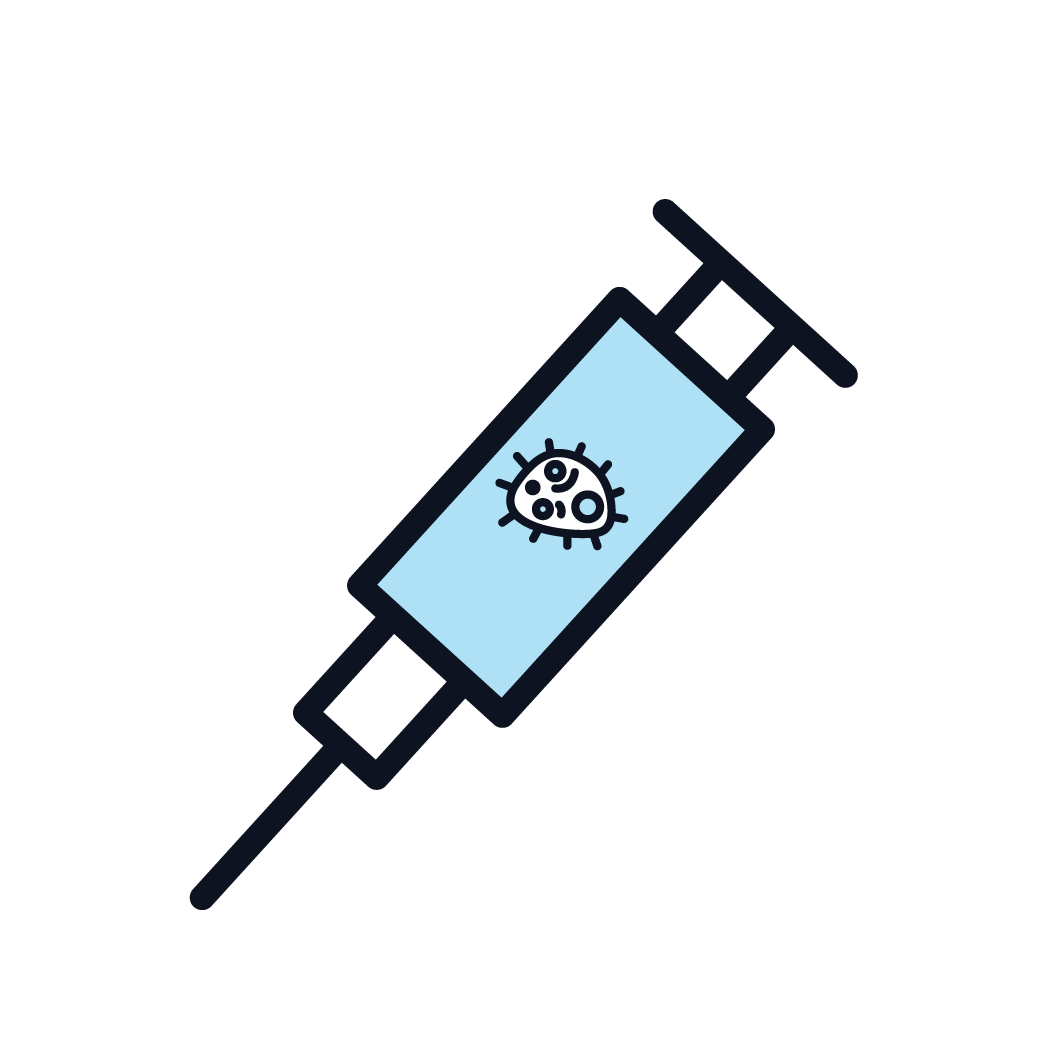 Similar to vaccines given to prevent the development of diseases like hepatitis, polio, measles, and influenza, researchers are working to create a vaccine to help treat mesothelioma. Cancer vaccines, usually made up of cancer cells or pure antigens, are injected into the body with the goal of boosting the immune response to dangerous cells. Unlike preventative vaccines, these new vaccinations work to train the immune system to attack a disease that is already present in the body.

One cancer vaccine being tested for the treatment of mesothelioma is the WT1 (Wilms Tumor 1) vaccine. WT1 is a protein that is expressed on mesothelioma cells. Currently in phase 2 of a clinical trial, the WT1 vaccine is being studied for both efficacy and safety, showing promise in both areas. The study is based out of the MD Anderson Cancer Center with the goal of discovering whether WT1, when combined with montanide and GM-CSF, can prevent or delay the recurrence of mesothelioma. Montanide and GM-CSF both boost the growth of white blood cells and may help to increase immune response.

Patients who received the vaccine experienced a median overall survival time of 21.4 months, compared to the 16.6 median experienced by those who received a placebo. The vaccine has yielded impressive results, offering hope to patients with mesothelioma but more studies are being done.

Additionally, researchers at the John A. Burns School of Medicine at the University of Hawaii Cancer Center are working on a preventative mesothelioma vaccine. The vaccine, HIvax, targets a protein found in mesothelial cells called survivin. A 2015 release from the Human Vaccines and Immunotherapeutics stated that the vaccine is still being tested in mice, but work is being done to prepare it for human clinical trials. 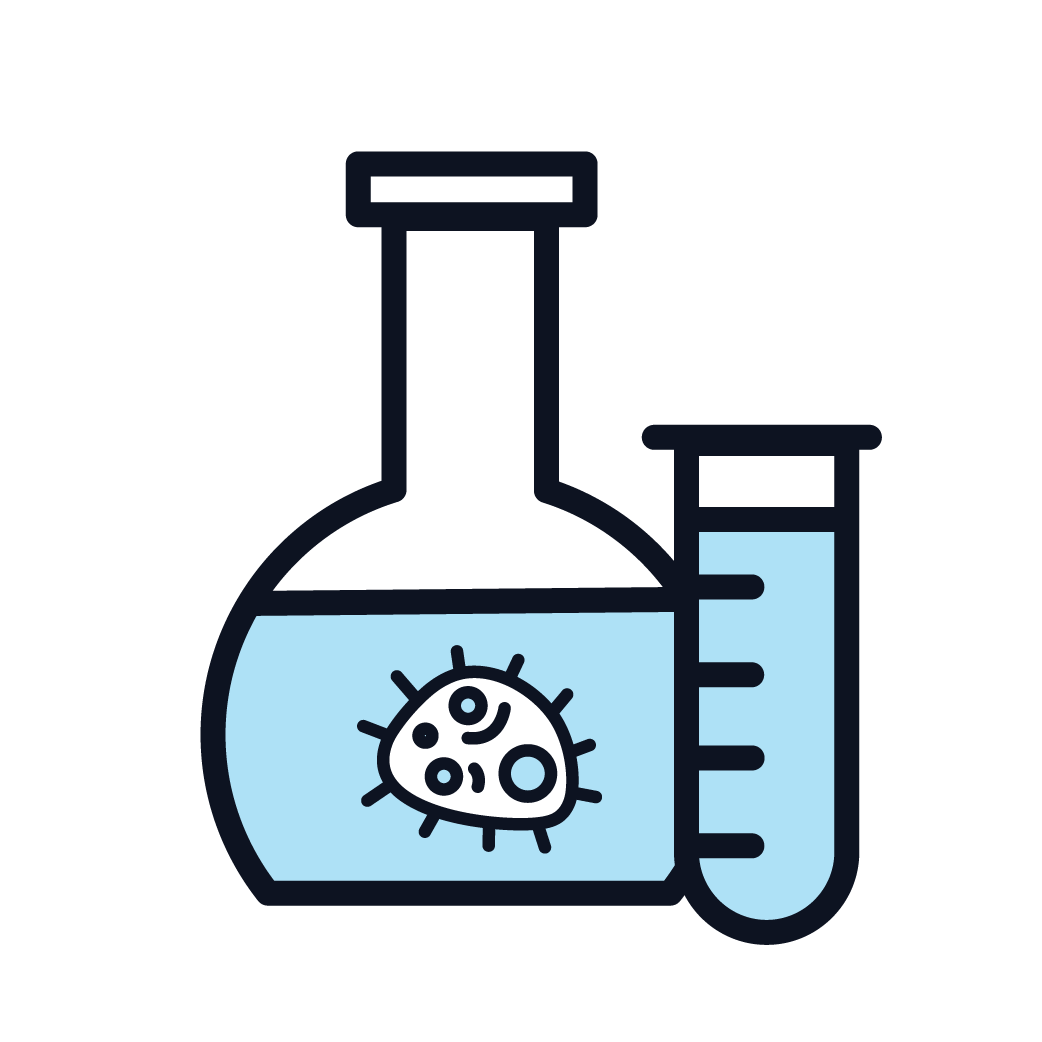 Adoptive cell transfer is a process in which T cells are collected from a patient and grown in a lab, thereby increasing the number of available T cells to fight against cancer. They are re-infused into the patient with the hopes that the cells will recognize and attack cancer cells. 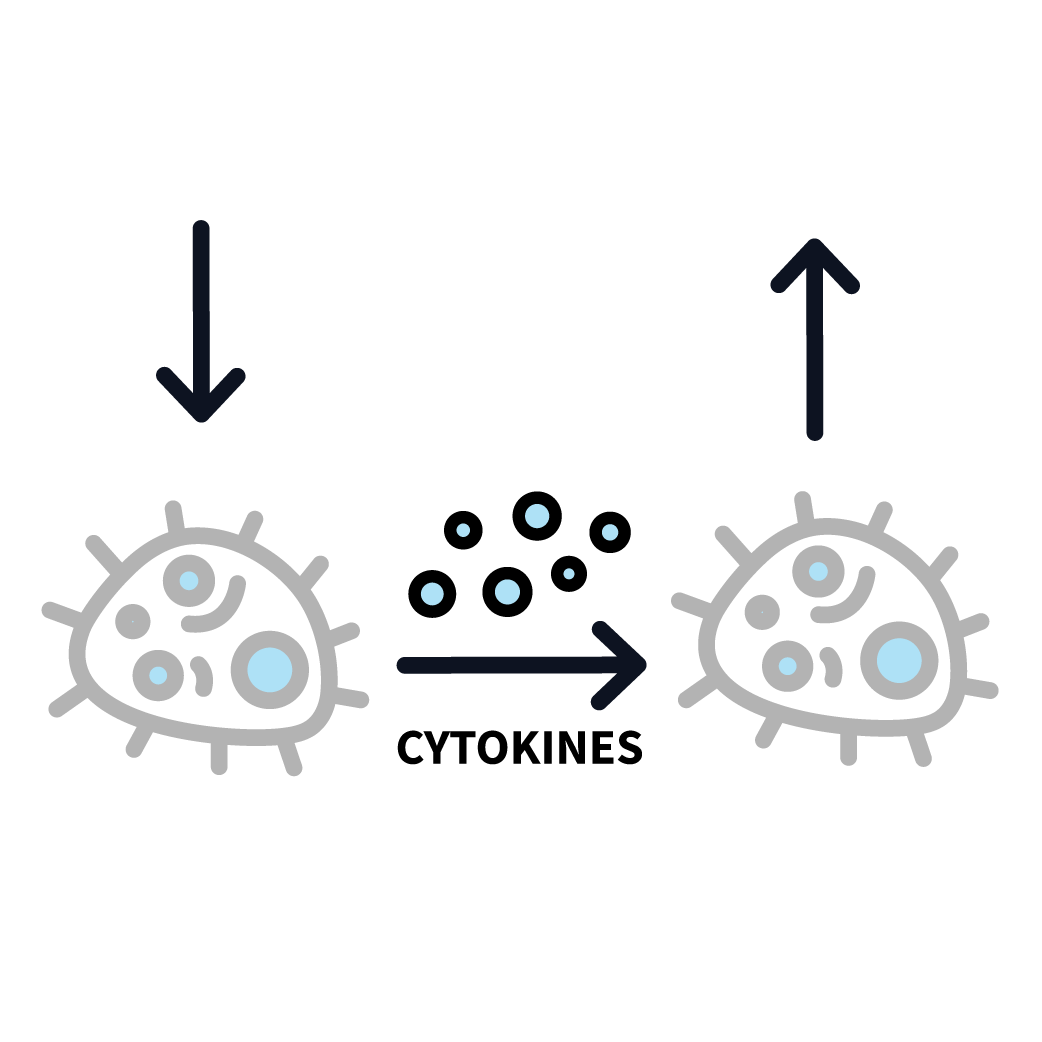 Overwhelmed by your mesothelioma diagnosis or treatment? Download our free guide to learn more about the disease.
Download Guide

Benefits of Immunotherapy for Mesothelioma

Immunotherapy is a growing field in cancer research and is regarded by some researchers as the future of cancer treatment. Immunotherapy helps to limit the growth and spread of cancer cells while boosting the body’s own defenses. It generally has less-severe side effects than traditional cancer treatments like chemotherapy. A lot of research is being done to figure out ways of stimulating the immune system to fights cancer.