Each state has its own varying level of asbestos risk. Asbestos is a naturally occurring mineral that can be found deep underground. It was once used heavily in many capacities due to its resistance to fire, electricity, and chemical corrosion. Once scientists and researchers found the link between asbestos and cancer development necessitating serious medical treatment, it was too late. The product was already being used heavily by many different companies and businesses. Subsequently, mesothelioma is the most common cancer associated with prolonged asbestos exposure. It can affect the lining of the lungs (pleura), the heart (pericardium), or the abdomen (peritoneum).

Some areas in Nebraska have a higher risk of asbestos exposure and the development of mesothelioma than others. The mineral tends to be found mostly in the industrial areas, environmentally in rock and soil deposits, and in certain construction products.

In Libby, Montana, a series of mines contained tons of vermiculite ore. Like asbestos, vermiculite is also naturally occurring and used in several commercial and consumer applications. Raw vermiculite can be used in cinder blocks, gypsum wallboard, and many other products. Unfortunately, vermiculite ore in the Libby mine was contaminated with mesothelioma-causing asbestos and shipped to dozens of processing plants in the United States.

If you’ve worked in similar job sites in Nebraska, it could be possible that you’ve been exposed to asbestos or other toxic substance. You could ask your employer for more details, as this information is public knowledge.

Some companies in Nebraska that have had a history with asbestos include (but are not limited to):

There are thousands of toxic sites around the U.S. Typically, these sites exist because companies dump, abandon, or otherwise improperly handle the poisonous waste. After a few significant events that ended with people in the hospital undergoing life-saving treatment, Congress passed the CERCLA (Comprehensive Environmental Response, Compensation, and Liability Act) in 1980. This is also known as the Superfund, and it’s a financial outlet for the Environmental Protection Agency (EPA). Ultimately, the EPA uses this to fund the cleanup of known toxic sites when the owner or operator doesn’t come forward and take responsibility for it.

A major superfund site in Nebraska is:

A mineral processing conglomerate, W.R. Grace, has many sites all around the United States. Western Mineral Products is their location in Omaha, Nebraska, and they’re a former exfoliation facility. They received tons of shipments of asbestos-contaminated vermiculite to that facility, and are currently under watch by the EPA as a superfund site.

Schools and Other Aged Structures

Structures made before the 1970s are at a higher risk for containing asbestos. The mineral was used in a multitude of items, including:

If you own or operate a building built before the 1970s, it could be beneficial for you to have a certified asbestos inspector come by and see if any traces of the carcinogen can be found. 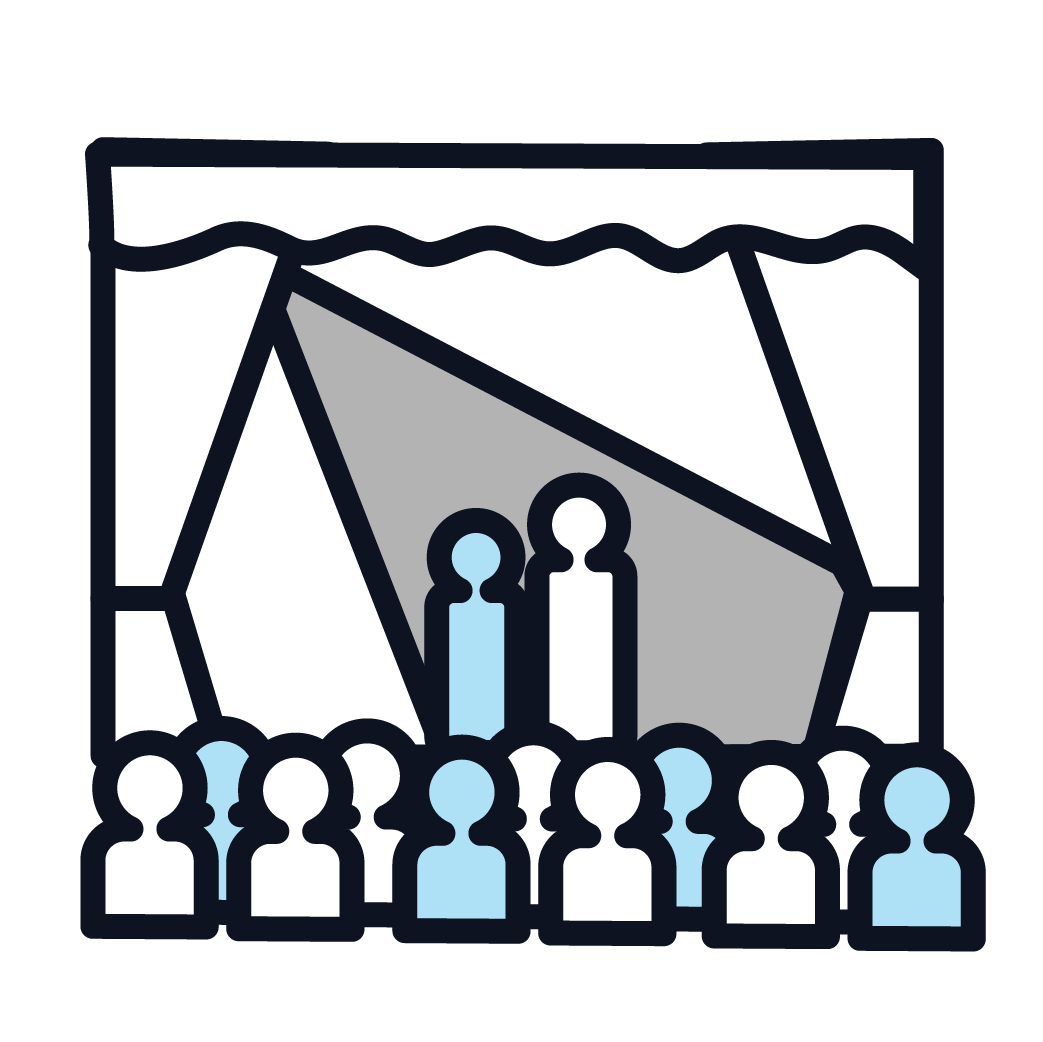 A $2.7 million renovation project is happening at the Fremont City Auditorium in Freemont, Nebraska. After renovations were scheduled to be completed in June of 2019, asbestos was discovered inside. Removal and demolition of the asbestos are currently underway and slated for completion in September of 2020.

The University of Nebraska-Lincoln

Recently, the Union building in the university had to undergo emergency renovations when asbestos was found in the walls. Also, the Chick-fil-A and Steak’ n’ Shake establishments located within the Nebraska Union had to be closed down until renovations were complete and the asbestos adequately removed.

Since asbestos is classified as a carcinogen, government organizations like the EPA have worked towards protecting the public from asbestos exposure. Several laws have been passed to hold the owners, managers, and companies responsible for properly assessing and removing asbestos from their structures. Therefore, if you’ve been exposed to asbestos while on the job, at home, or other old structures, the individual or organization in charge can be held liable for any illness you develop because of it. In addition to taking responsibility, organizations may be responsible for the costs of your treatment.

Mesothelioma makes many people too sick to work. Call us for help finding other compensation options.
833-997-1947

The most recent set of national regulations against asbestos is called the National Emissions Standards for Hazardous Air Pollutants (NESHAP). Hazardous air pollutants (HAPs) are toxins that are known or suspected to encourage the development of cancer or other significant health effects. The NESHAP focuses on monitoring compliance to regulations, which include proper asbestos removal and notification to the appropriate parties if any demolition, construction, or renovation takes place in an asbestos structure.

In the United States, each state has specific laws on HAPs to prevent the risk of mesothelioma. In Nebraska, adequate licensure is required for any assessment, planning, or work involved with asbestos. Additionally, facilities must be inspected for the presence of asbestos-containing materials (ACM), with any suspected ACMs sent into a lab to be analyzed and handled correctly. More state regulations include the mandatory notification, regardless of any ACM being present, of any demolition, construction, or renovation projects. For demolition projects, it must be at least a 10-day notice. Still, for emergency renovation, the Nebraska Department of Environmental Quality (NDEQ) must be alerted as soon as possible.

Since there are laws put in place to protect people from exposure to harmful substances, there are consequences if the laws are broken. Those who are exposed to toxins at the workplace, at their home, or other place and develop illnesses can be eligible for compensation for treatment costs and more from the company or individuals responsible. If you have developed mesothelioma or other related condition due to exposure to a toxic substance, talk to an experienced attorney. They can navigate the complexities of your case and get you the compensation you deserve.

If you are the owner or manager of an asbestos structure, it’s legally your responsibility to quickly and adequately have it removed before anyone else frequents the building. Some inspectors can come by, check your property, and see how it can be removed efficiently. There are also certified companies that will come to your building and remove the toxic mineral for you. Some asbestos removal companies with 5 stars on Google (in alphabetical order) in Nebraska include:

If you’ve been diagnosed with mesothelioma or other asbestos-related condition, it can be a scary and intimidating time. Finding the right cancer treatment center can offer experienced doctors and other helpful medical professionals and resources that can help alleviate some stress. Mesothelioma is easy to misdiagnose, and an experienced doctor who has handled similar cases can be extremely beneficial. Especially if you’re seeking a second opinion. Here are some cancer treatment centers around Nebraska.

There may be other worksites or older structures that contain asbestos not mentioned. If you have reason to believe you’ve been exposed to the harmful mineral at work, home, or elsewhere, talk to a doctor right away. They can administer some tests and have the potential to catch illness early.