Asbestos is a naturally occurring mineral that was mined and manufactured in the United States and throughout the world. During the 1900s, states like Massachusetts relied on the mineral for building components such as materials for fireproofing, paints, roofing, and more.

If disturbed, the mineral can break into dust and enter the body through the nose or mouth and travel by a bronchial tube into either lung. Tiny, barbed fibers in the dust can remain in the lung for several decades. From there, the fibers may irritate the body’s cells, causing them to mutate into cancer cells. Exposure can cause various illnesses necessitating treatment methods similar to those used in the treatment of lung cancer.

Between 1999 and 2013, over 6,000 Massachusetts residents passed away from an illness caused by asbestos exposure (including diseases like lung cancer and asbestosis), according to the Centers for Disease Control. Nearly a thousand of those deaths resulted from mesothelioma, a fatal cancer found in the lining of individual’s lung(s), abdomen, or heart. Fortunately for many, legal aid is available to help individuals gain compensation from negligent exposure to contaminants.

In Massachusetts, many places were built with or contained asbestos at some point, including:

Some locations throughout the state may still contain the cancer-causing carcinogen and other contaminants harmful to a human lung.

The eastern border of Massachusetts sits along the Atlantic coastline, where shipyards have operated for centuries. Since its founding in 1780, the state has produced ships for both military and commercial use. For several decades, employees of shipbuilding companies were exposed to the toxic mineral.

Mesothelioma has a long latency period, meaning it can take decades before initial exposure to turn into a serious illness. Retired shipyard workers in Massachusetts still risk developing mesothelioma that may require extensive chemotherapy, immunotherapy, or surgical treatment.

The Boston Naval Shipyard was established in 1801 in Charlestown, Massachusetts. Under the name Charlestown Shipyard, the shipbuilding company quickly became a significant contributor to ship production for the U.S. Navy. The shipyard operated until 1974 and employed nearly 50,000 workers around World War II.

Hundreds of different shipbuilding materials contained asbestos, including insulation panels, epoxies, and gaskets. Civilian workers and service members were exposed in boiler rooms, sleeping quarters, and nearly every cabin throughout military ships. Thousands were exposed until the Navy began regulating the use of the toxin in its ships shortly before the shipyard closed.

It’s illegal to throw away products that contain asbestos without proper packaging. Landfills in Massachusetts must be permitted by the Massachusetts Department of Environmental Protection (MassDEP) to accept the carcinogenic waste materials.

Working or visiting these landfills can lead to airborne exposure. Some of the landfills include: 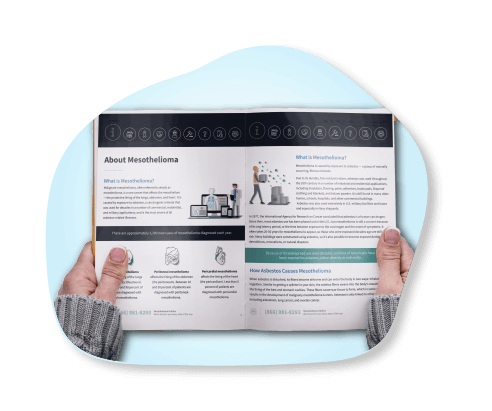 Most primary and secondary schools built before the 1980s in the United States contained the toxin at some point. For decades, students, faculty, and staff were all exposed to asbestos.

In 1986, the federal Asbestos Hazard Emergency Response Act (AHERA) began the legal regulation of schools to put protocols and procedures in place to deal with the toxin in schools. Under the law, both public and private schools began inspecting buildings for asbestos-contaminated materials, and now maintain a management plan to deal with asbestos removal.

In the last decade, several Massachusetts school districts throughout the state have been cited for not properly training their staff to conduct inspections or following rules under AHERA. Some school districts in the state also failed to notify private contractors that they were working in an area where asbestos was found. U.S. Senator Edward Markey has claimed a widespread asbestos problem exists throughout Massachusetts schools.

The Blackburn & Union Privileges site, located in Walpole, Massachusetts, once operated as The Blackburn Privilege and The Union Factory Privilege, where it produced snuff, iron, nails, cotton, and wool. The entire area consisted of 24 lots, six of which had accommodated industrial and commercial facilities since the 17th century.

In 1915, misuse of asbestos on the site started when Standard Woven Fabric Co. began manufacturing asbestos brake linings. The company changed its name to Multibestos and operated until 1937. After Kendall Co. bought the property, it started producing fabric and cotton. After decades of crushing raw asbestos, employees and nearby bodies of water were exposed to the toxin.

Over time, the site became contaminated with asbestos, lead, arsenic, nickel, chromium, and mercury. Legal ramifications of the waste came when the Environmental Protection Agency (EPA) placed the site on the National Priorities List (NPL) in May 1994.

The EPA has funded legal, long-term remedies, such as on-site groundwater treatment, the evacuation of contaminated soil, and the administration of long-term inspections and maintenance of the property’s surface.

If you are a Massachusetts resident who has developed mesothelioma as a result of negligent asbestos exposure, you are entitled to financial compensation to reimburse treatment expenses. Fill out a case evaluation form for representation from some of the country’s top asbestos lawyers, who will fly to you to work together on your legal claim.