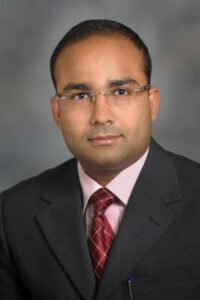 The multicohort study evaluated the drug combination to treat several rare cancers, including appendiceal and pancreatic cancer and pleural mesothelioma. Researchers have not yet released results from the other cancers.

According to the report, the responses among many of the 20 patients in the study indicated prolongation of survival. The combination also proved to be safe among participants. Similar treatment options approved for patients with peritoneal mesothelioma saw response rates of less than 10 percent.

Tecentriq has been approved by the U.S. Food and Drug Administration to treat certain non-small cell lung cancers and bladder cancers. The immunotherapy drug is similar to a common mesothelioma drug, Keytruda.

Bevacizumab, under the brand name Avastin, is a targeted therapy angiogenesis drug. An angiogenesis inhibitor drug blocks the nutrients and oxygen from reaching a tumor, causing it to starve and die.

Researchers were impressed with the effectiveness of treatment on the participants who experience disease progression following standard first-line chemotherapy treatment or surgery. The median duration of response among participants was 12.8 months.

Researchers conclude that more patients are needed for evaluation in future clinical trials to validate study results and determine if the combination of drugs is effective as a first-line peritoneal mesothelioma treatment.