Since its creation in the 1960s, doctors have prescribed doxorubicin to treat multiple forms of cancer. The drug is commonly combined with other chemotherapy medications. Originally, it was approved by the U.S. Food and Drug Administration (FDA) in 1995 to treat breast and lung cancer. The drug is not currently approved to treat mesothelioma, but patients may receive the drug in clinical trials. Results from trials show the drug can extend life expectancy among mesothelioma patients, with even greater effect when combined with other drugs. However, long-term side effects have prevented doxorubicin from being approved by the FDA.
Several brand names have produced doxorubicin, including Adriamycin®, Doxil®, Caelyx®, Doxorubicin Hydrochloride, Doxorubicin HCL, Rubex®, and Myocet®. The drug is used to treat several forms of cancer, including:

Adriamycin is a brand name for the doxorubicin drug manufactured and sold by Pfizer Inc. The company is a multinational pharmaceutical corporation founded in 1849. The FDA first approved Adriamycin in 1993.

Doxil is the brand name for the doxorubicin drug manufactured and sold by Baxter International. The medical equipment company was founded in 1931. The FDA first approved Doxil in the U.S. in 1995.


Overwhelmed by your mesothelioma diagnosis? Download our free guide to learn more about the disease.
Download Guide

Doxorubicin is classified as an anthracycline drug, which slows or stops the growth of cancer cells by blocking an enzyme called topoisomerase that allows cancer cells to divide and grow. Researchers developed the drug from a fungus that grows in soil, called streptomyces. 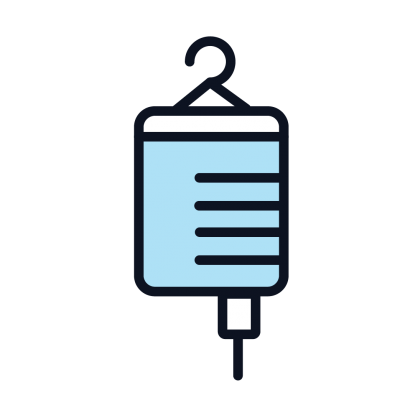 Patients receive doxorubicin through intravenous (IV) infusion into their bloodstream or directly to the site during surgery. For IV therapy, the drug is administered in the arm, hand, or chest. The dosage depends on if the medication is combined with another treatment. Patients often receive several cycles of treatment, depending on the specific treatment plan.

For mesothelioma patients, doxorubicin is often combined with cisplatin. For patients undergoing surgery, doctors “bathe” the affected area with the combination of drugs to kill any remaining cancer cells after removing tumors (known as having an extrapleural pneumonectomy).

Side Effects of Doxorubicin

The side effects that may result from doxorubicin are what prevent the drug from being approved to treat mesothelioma. It’s unlikely, however, to experience every side effect. Additionally, the side effects depend on the patient’s specific treatment plan. Patients receiving multiple forms of treatment, such as radiation and chemotherapy, may experience more side effects.

About ten percent of patients receiving the drug experienced serious side effects, including:

In rare cases, patients receiving doxorubicin may experience inflammation of a vein in the leg, blood clots, or fluid around the heart that can be life-threatening. Your doctor or nurse will go through any symptoms and monitor you during treatment. It’s important to inform your doctor if you experience any severe side effects or if side effects are getting worse.

Researchers are constantly discovering new ways to treat mesothelioma and improve the lives of patients. Through clinical trials, doctors can study new treatments and diagnostic processes before offering them to the general public.

A clinical study published in the medical journal Cancer detailed the use of doxorubicin as a stand-alone chemotherapy treatment for mesothelioma. The study found the median life span in patients was seven to nine months but increased to seven to thirteen months when combined with other chemotherapy drugs.